It’s a split-second decision many drivers make daily: When a traffic light ahead changes to yellow, do you hit the brakes or continue through the intersection? Hitting the brakes can be a risk because there’s no way to know if the vehicle behind you will stop in time, while continuing through the intersection poses the risk of running a red light and potentially causing an accident with another vehicle.

What Is A Red Light Violation?

Along with law enforcement officers to cite drivers for running a red light, some municipalities, including Orlando, FL, have begun using red light cameras. Regardless of how you receive the traffic ticket, the traffic ticket lawyers in Orlando with 911 Biker Law can help build a strong traffic ticket defense for your situation. Contact our law firm today.

Driving through any traffic signal creates a dangerous situation, but running a red light is particularly precarious. Red light violations caused 9,922 crashes throughout Florida in 2016, according to the Florida Department of Highway Safety and Motor Vehicles (FDHSMV), resulting in 75 deaths and 689 incapacitating injuries. These are just a few possible dangers of failing to adhere to a red light: 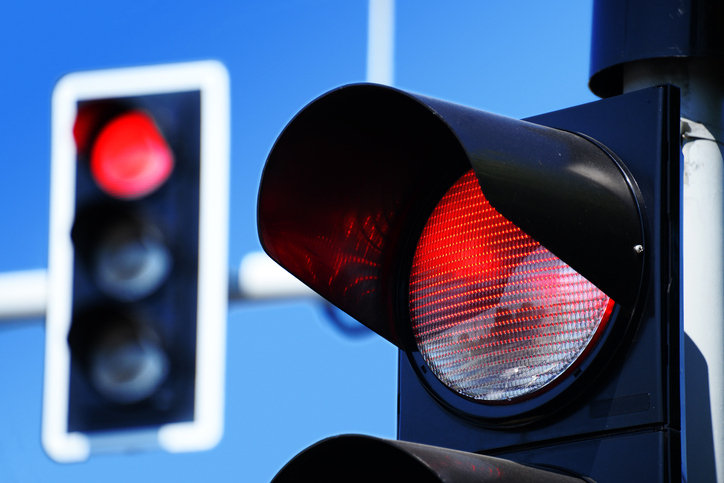 Also known as the Mark Wandall Traffic Safety Act, Florida’s red light camera law was enacted in 2010. Orlando and all Florida cities were then authorized to install red light cameras if they wanted to.

But, the law has faced heavy scrutiny from legal points of view, including over the constitutionality of red light cameras. Multiple bills aimed at banning the cameras have been filed in the Florida legislature but fail to be passed in both houses.

A May 2018 Florida Supreme Court ruling stated red light cameras can continue to be used by municipalities. The related case involved the city of Aventura, FL, and the amount of power an outside vendor the city contracted with — not law enforcement — had to determine if the photos taken by the city’s red light cameras displayed a red light violation.

Red light camera tickets have a $158 fine but aren’t added to your driving record unless you fail to pay the fine within 60 days of notification. Failure to pay within this timeframe will result in a uniform traffic citation also being issued with all related information to FDHSMV who may issue a driver’s license suspension. For tickets written by a law enforcement officer, the fine may be more than $158 along with four points added to the driver’s license.

What To Do If You’ve Received A Red Light Violation

Red light violations may be contested by requesting an administrative hearing through the local administrative court. A notification will be mailed to you after the request has been processed. A vehicular crimes attorney with 911 Biker Law can then assist you with preparing for the hearing.

Traffic ticket attorneys such as those with 911 Biker Law understand traffic situations can be nuanced. They also understand Florida statutes governing traffic controls and will thoroughly research the situation and build a compelling defense in your favor.