Our Office Remains OPEN To Serve New And Existing Clients. In-Person Meetings Have Been Limited But Are Still Available By Appointment Only. Consultations Via Phone Are Always Available. Call (407) 645-2195.
Click Here for Important Covid-19 Information 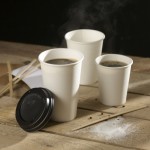 The civil justice system has been under heavy attack for over 25 years.

Despite the fact that federal legislation has never been successful, big business interests have won in the hearts and minds of average people. They launched a public relations campaign starting in the mid-80’s and continuing over the last two decades to convince the public that we have out of control juries, too many frivolous lawsuits and a civil justice system that needs reforming. They have used anecdotes, half-truths and sometimes out and out lies in their efforts, for one purpose – to put limits on people’s access to the court system, the one and only place where an average citizen can go toe to toe with those with money and power and still have a shot at justice.

Because of the success of the public relations campaigns, paid for by tobacco, pharmaceutical and insurance companies, to name a few, our civil justice system is not impartial. Jurors have been led to believe that a large verdict will affect their pocketbooks. Voters believe that we have a court system out of control that needs reforming. Although there are consumer advocacy groups who have attempted to set the story straight, there has yet to be enough money to launch the kind of public relations campaign for consumers that can even begin to combat and challenge the public relations campaigns of pro-business and tort reform groups. Over the last few years, however, documentary films and independent film festivals have become a vehicle for alternative ideas to get a public forum.

Because almost everyone has heard about the McDonald’s coffee case, and most people believe they know what it’s about, this project has a fascination for people. Of course, we go much further into the debate than just the McDonald’s coffee case, but the case is a vehicle for people to think about their long held beliefs and whether they are valid. We think this movie has the potential, with the right funding and effort, to really change the way people think about our civil justice system and access to the courts.