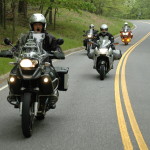 As a former law enforcement officer and avid motorcyclist, I am appalled by the actions of Sergeant Spencer Ross. At a minimum, Sergeant Ross committed aggravated assault. However, he could have also committed reckless endangerment, attempted manslaughter, and a host of other felonies. Why? Was Sergeant Ross willing to take what appears to be extreme measures and crush a motorcyclist into a concrete barrier with his 4000 lb. vehicle in order to issue a citation?

The worst part about it? The officer in question is a sergeant. He is a supervisor. He sets the tone and example for the men under his command. He is essentially telegraphing to law enforcement that it is acceptable to run over motorcyclists in order to issue a citation.

How many millions of dollars have been spent by the Florida Department of Transportation on their motorcycle awareness campaigns? To then have one of their own officers contradict the campaign’s message is outrageous.

In this case, yes, the motorcyclist should have pulled over faster. But at the same time, Sergeant Ross was under the duty to use his discretion. He decided to enforce a traffic violation by using a potentially deadly tactic. There is not one department in the United States that should authorize the use of deadly force against a citizen for that type of violation.

At a time when law enforcement is under extreme scrutiny, our officers should exercise discretion. Sergeant Ross took an oath to protect and serve. His actions fail to reflect that oath. As a former officer, I strongly believe it is our civic duty to stand up and say this is wrong.