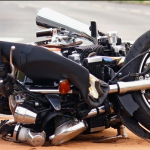 Tragedy has struck Central Florida motorcyclists twice in one week. Last night at 4:30 a.m. a motorcyclist struck the back of a truck from behind on I-4 in Lake Mary ejecting him into traffic causing his death. Last week, 16-year-old on his way to school was struck from behind by a truck driven by fellow students in Altamonte Springs. He was also fatally injured.

While I believe not all accidents can be avoided and I believe that there is a master plan somewhere in the universe for all of us, I also truly believe that as a motorcyclist, we can do much more to protect ourselves then we often do.

Apparently, the motorcyclist hit the back of a truck in the late-night crash in Lake Mary. Most likely, the motorcycle driver was speeding and not focused on the moment on the road. This tragic accident may have been avoided if the motorcyclists adjusted their speed to the conditions of the road and provided their upmost attention to driving the motorcycle.

In addition to adjusting the speed of a motorcycle and to focusing on the road, we advocate wearing reflective clothing at night. Most bike gear manufacturers make very fashionable reflective apparel. And for those of us who do not care about fashion in the early morning hours, buy a reflective orange or yellow vest. And wear it! Put reflective tape on your helmet. Invest in a high intensity HID headlights and LED brake lights and turn signals.

Fellow bikers, do your best to ride safely!