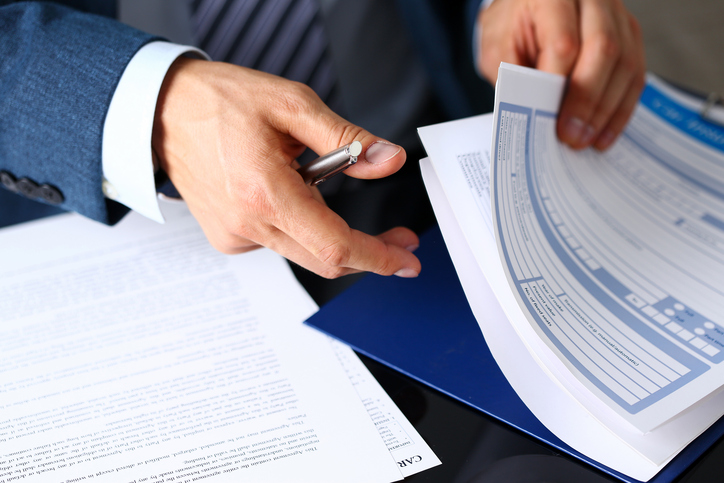 If you find yourself injured in an accident, whether you were in a vehicle, riding a motorcycle, or out in public — you’re going to need help. One of the first things you might do (if you’re able) is dig out your insurance card.

Under Florida’s No Fault Insurance law, Personal Injury Protection (PIP) is a mandatory requirement for Florida drivers. PIP is designed to cover reasonable and necessary medical and hospital expenses when an insured is involved in a covered accident.

In the case of an auto accident that wasn’t your fault, the other driver may or may not have auto insurance to cover the damage sustained by your car and your personal injuries. According to the Insurance Research Council, one in four Florida drivers are uninsured — putting Florida in the top five states for uninsured drivers.9

If the other driver does have insurance, you still might find yourself in a situation in which you will have to front money for out of pocket medical expenses such as co-pays and deductibles, while waiting for a settlement check. Insurance or no insurance, these are just a few of the expenses you may find yourself with after an accident:

You can thank Benjamin Franklin “The Father of American Insurance” for popularizing homeowners insurance after fires broke out in Philadelphia in the 1700s. According to FEMA, 50% of homes in high-risk areas are uninsured, and 64% of homes in the United States are underinsured.10 Homeowners insurance is a necessity for any homeowner; it provides protection for your property and belongings against damages or losses. It is especially important today, as official Federal disaster declarations have risen from 45 in 2001 to 99 in 2011.

According to the 2008 US Census Bureau, over 51 million Americans are classified as disabled, which represents 18% of the population. Disability is also a leading cause of mortgage foreclosures, contributing to 50% of all foreclosures in 2006. Disability Insurance is important because 90% of all disabling accidents and illnesses are not work related, so people need to make sure they are covered outside of the workplace.

Is it easy to get the money you need from insurance companies when you need it? Well, insurance companies definitely have access to the money, but are they willing to give it to you when you need it? The American Association for Justice, formerly known as the Association of Trial Lawyers of America, released a report about the worst insurance companies in the U.S. and found that the U.S. insurance industry takes in over $1 trillion in premiums annually. The industry has $3.8 trillion in assets, more than the GDPs of all but two countries in the world (U.S. and Japan). The CEOs of the top 10 property/casualty ﬁrms earned an average $8.9 million in 2007. The CEOs of the top 10 life and health insurance companies earned even more — an average $9.1 million. For the entire industry, the median insurance CEOs cash compensation still leads all industries at $1.6 million per year.11 Yet, getting money from an insurance company, no matter what type of coverage, can be difficult.

According to a Sun-Sentinel article, when Floridians complain that an insurance company's claims adjuster is mishandling, lowballing, or delaying claims, there's a less than 16% chance the adjuster will be disciplined. In contrast, when there's a complaint about a public adjuster — one who advocates for consumers — there's a 75% chance the state will crack down.12 So, who do you turn to when you need help the most? You need a qualified personal injury lawyer