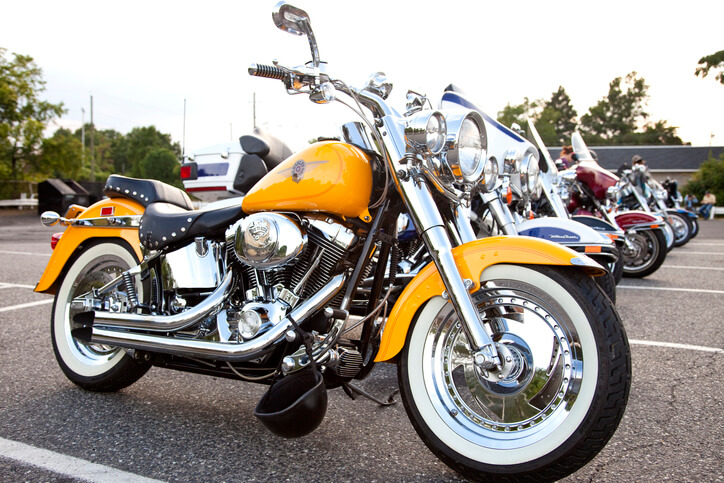 If you’ve been to one motorcycle event, then you can imagine what they’re all like, right? Well, not exactly. Just as every bike has its own feel — the cushion of the seat, the howl of the exhaust, the resistance on the throttle — every bike event has its own flair. But perhaps no event is more original than Leesburg Bikefest.

Leesburg Bikefest 2019 is happening April 26-28 in downtown Leesburg, FL. Here, the motorcycle lawyers with 911 Biker Law lay out some facts that may surprise you and rev up your enthusiasm for the event.

That’s not a misprint. The first inaugural Leesburg Bikefest took place in 1997 and hosted about 5,000 riders. Now the average crowd size is in the 300,000 range. Even if you account for the fact that the first event lasted one day and now the event is three days, that’s still a per-day attendance increase of 2,000 percent! Apparently, the Leesburg Bikefest organizers are doing something right, which is the reason you’ll see our motorcycle attorneys in Orlando make the one-hour ride north every year.

The first Leesburg Bikefest had four vendors — they sold mostly beer. This year, expect more than 200 vendors hawking, yes beer, but also everything from food and clothing to motorcycle-inspired artwork and actual bikes. In the olden days, like 10 years ago, most vendors only accepted cash. Today, thanks to 4G networks and Wi-Fi hotspots, many take debit and even digital payments. They may require a minimum charge, though, so keep a little cash on you if you’re not a big spender. Leesburg has several bank ATMs like Wells Fargo, Bank of America, and Goldenwest Credit Union, as well as independent ATMs in most of the pharmacies and grocery stores.

3. The Festivities Cover The Entirety Of Downtown Leesburg

Enough percentages. Let’s talk about square footage! Leesburg isn’t a big town. It’s proudly modest in size, and that adds to its charm. During the festival, though, more than 30 blocks of downtown Leesburg are converted into a biker’s paradise. No matter how you do the math, that’s a lot of space for one event. And beyond covering practically every square inch outdoors, the event spreads indoors, transforming high-brow venues such as the Opera House, Leesburg Center for the Arts, and Palace Theater into night clubs. Meanwhile, Main Street is shut down for bike parking, creating a long line of bikes that runs like a vein through the heart of the town.

If you guessed that a “big rig convoy” is a collection of semi-trucks driving down the road, you’d be correct! You might also be wondering how that scenario is any different than when you’re riding on the interstate beside some nondescript Peterbilts? Well, these semis in the Big Rig Convoy, beginning at 6:15 p.m., April 26, in Wildwood, are chromed-out, custom-painted, and suped-up rigs that can smoke their tires and belt out bombastic engine noises that’ll make any gearhead’s heart swoon.

As personal injury lawyers, we’d be remiss not to take this chance to discuss semi-trucks and safe motorcycle riding habits. As you may know, the wind force generated by a fast-moving semi is strong enough to blow a rider off a bike. So always give semis a wide berth on the interstate by moving over several lanes to the left. And if you’re riding behind a big rig on a one-lane road, stay far enough behind to see the cab mirrors. That way you know the driver can at least see you, too. And if you’re ever involved in a motorcycle accident, get yourself to the side of the road, call for help (medical, roadside assistance), and take photos of the crash scene for evidence. You can pick up a Free Tow Card, compliments of 911 Biker Law, before you head out to Leesburg Bikefest.

5. You Don’t Need A Bike To Attend

Maybe you hear motorcycle event, and you think, “Oh man, I don’t have a motorcycle, so I can’t attend.” Honestly, that’s true for some events, but Leesburg Bikefest isn’t one of them. In fact, this just might be the friendliest motorcycle event for non-riders there’s ever been. True, a good portion of the festivities are centered around bikes — bike shows, poker runs, bike demonstrations — but any of those can be attended by non-riders, too. Then there’s a host of events that are just plain entertaining for everybody, including the more than 55 concerts that’ll be playing throughout the three-day event. Maybe you don’t ride, but you gained a fascination for bikes by watching “American Chopper” or “Biker Build-Off”. Or maybe you have no interest in motorcycles whatsoever. You can still show up at Leesburg Bikefest and have a legendary experience.

There’s plenty more to learn about Leesburg Bikefest 2019. Stay connected with the motorcycle attorneys with 911 Biker Law on our website and on social media for more updates and information, including tips for attending Leesburg Bikefest and what we’re most excited about seeing there! 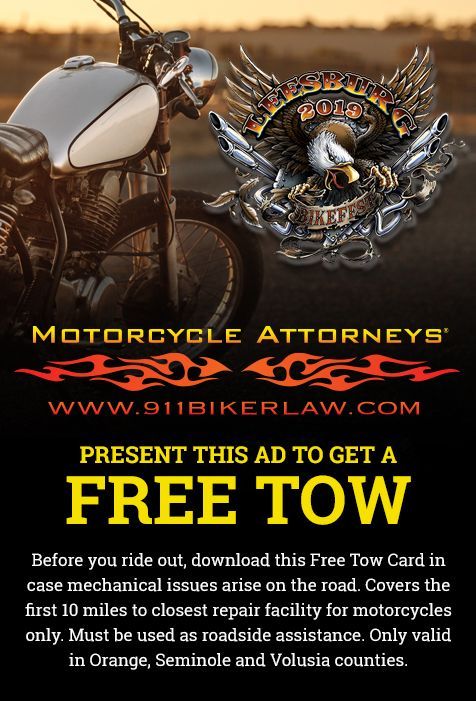