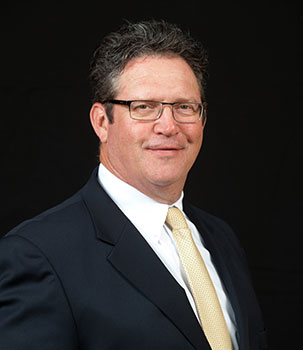 Christopher S. Reed is a native Floridian, born and raised in Tampa where he graduated from Henry B. Plant High School in 1986. Following high school, Chris moved to New York City to attend Columbia University, an Ivy League school that recruited him as a football player. Chris was a member of the football team during his four years of study at Columbia, and he was also a member of the Sigma Chi fraternity where he held various leadership positions. Chris earned a Bachelor of Arts degree in Political Science and graduated from Columbia in 1990. After graduation, he returned to Florida and attended St. Thomas University School of Law in Miami, receiving his Juris Doctor in May 1994.

Chris began his legal career as an Assistant Public Defender in Orange County, FL. He obtained a vast amount of courtroom experience and tried a significant number of jury trials during his tenure. In 1997, Chris left the public defender’s office and began working for our Orlando personal injury law firm. This experience provided him with an intimate knowledge of how insurance companies handle and evaluate claims. This knowledge provides an advantage for his current clients today as Chris brings knowledge of "the other side" with him to the courtroom.

Since his entry into civil litigation, his practice has focused primarily on motorcycle accidents, insurance dispute claims, and premises liability claims. Chris has represented injured parties, medical providers, medical facilities, corporations, businesses, and insurance companies. However, he gets the most satisfaction representing and helping those who have been injured by the negligence of others. He is admitted to practice in all state courts throughout Florida, as well as federal court in the Middle District of Florida.

In his practice, Chris is currently devoted exclusively to the representation of injured parties and their health care providers. He is motivated by the pursuit of justice and has strong compassion to help those who have been injured. Chris is married to Kathy and is the proud father of a young daughter, Kaitlyn. He also enjoys golfing and sporting activities in his spare time.